Somewhere in the heart of Toronto, near Lake Ontario in the Corus building, lies a restaurant that goes against the grain. As a foodie, you’re sure to appreciate not only the exceptional food, but also the delightful people bustling around, eager to serve you with a smile on their face. 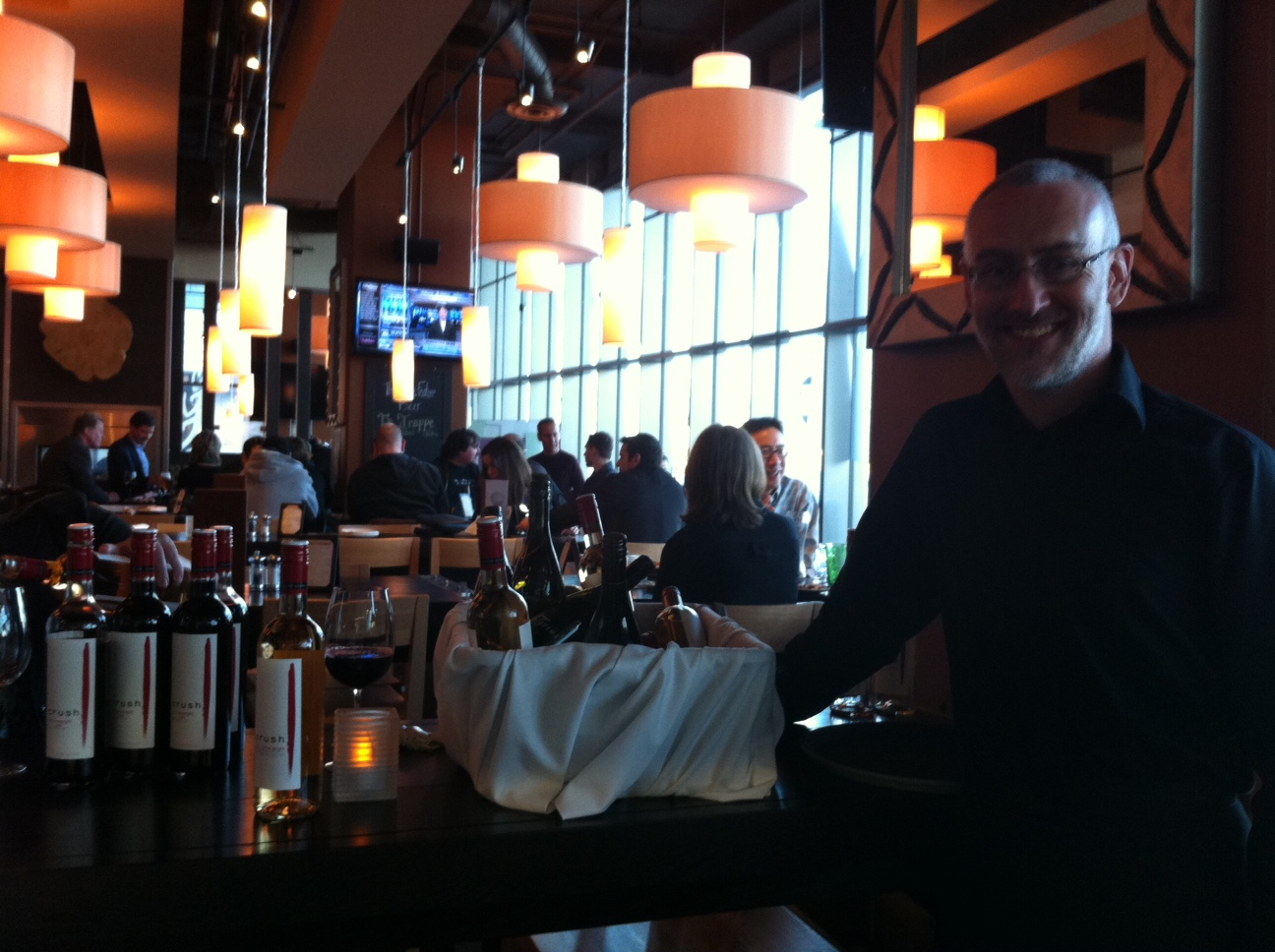 The name of this hidden gem (if you didn’t get enough hints to guess) is Against The Grain. Other than Sugar Beach, Loblaws and The LCBO, I had no idea there was much to do down there on Lower Jarvis and Queens Quay. It was thanks to an event by Ignite Toronto, that I stumbled upon this spectacular venue set against the backdrop of the glistening waters of the lake. 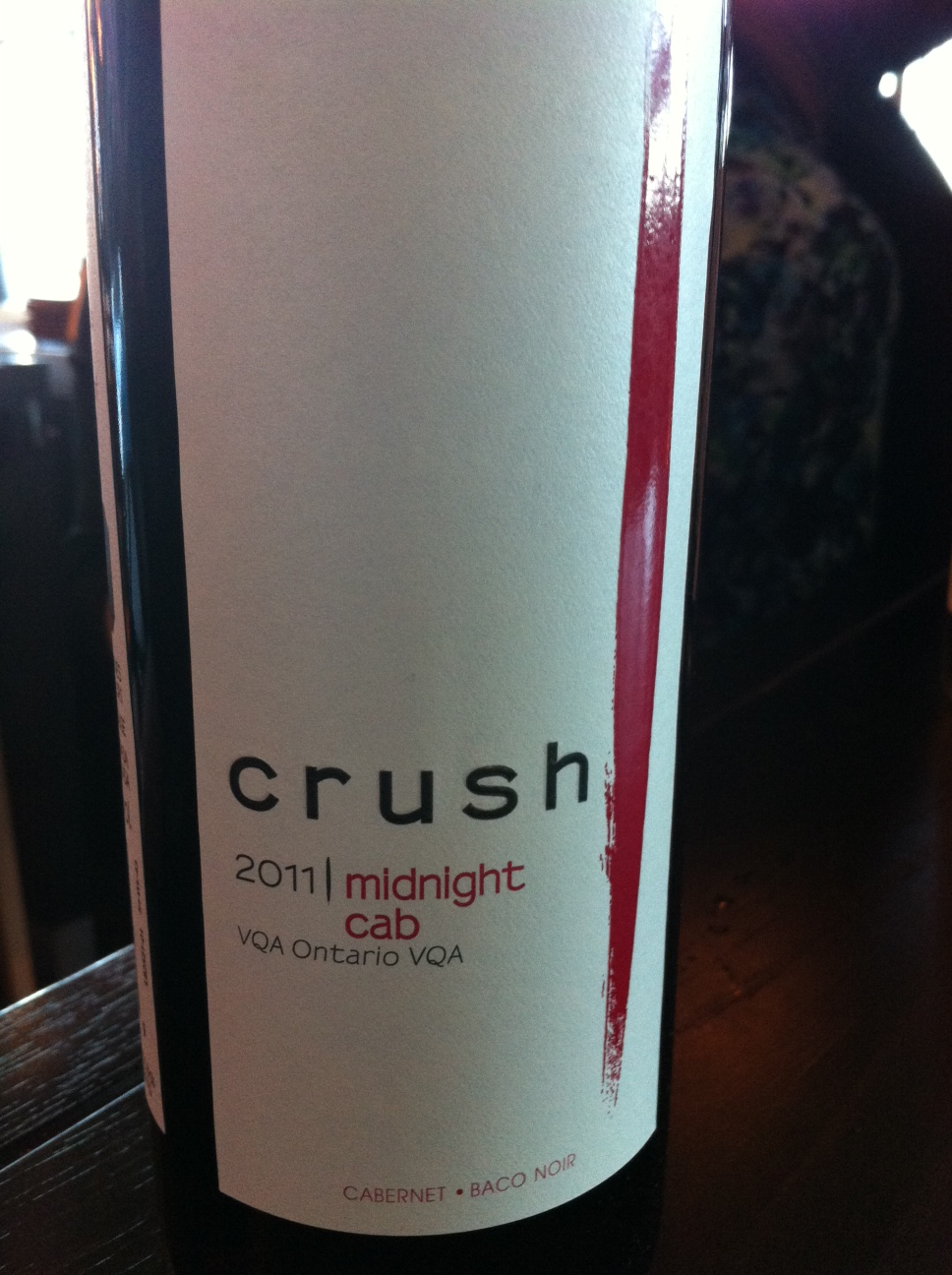 If you are planning an event, Against The Grain is a good choice. They put together a delightful array of appetizers. The food is plentiful and the restaurant seems to be well staffed. So, you don’t have to be satisfied with just that last bite, because there’s always another delicious delight waiting for you around the corner.

The wines served were Crush 2011 Midnight Cab and Crush 2011 Pinot Grigio. I had the former, and rate this full-bodied red with aromatic flavours a solid 4/5 Sukasa Stars.

There was also a cocktail served, which consisted of a mixture of spiced rum with a lemon on top. The discerning mixed drink connoisseur in me thought it was a bit too watered down.

Here's a sampling of the treats: Piping hot battered shrimp, chicken on a skewer, pizza with a drizzle of balsamic, tightly rolled spring rolls. If I were to criticize, my least favourite was the chicken wings, which tasted like it came out of a M&M Meat Shops menu – good, but I’m sure the chef at Against The Grain is capable of something a bit more heavenly. 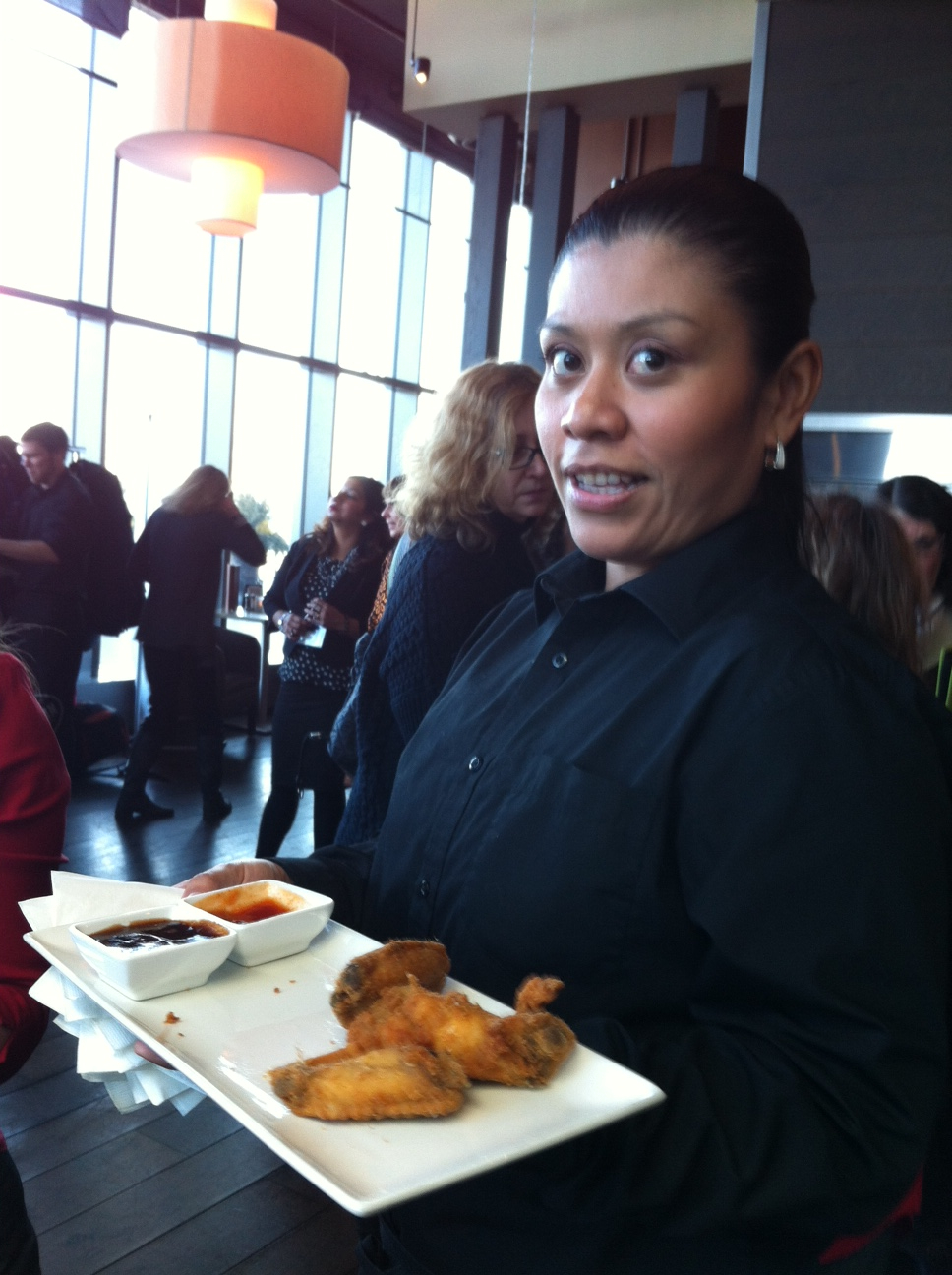 The only drawback is the steep parking (if your guests drive). Perhaps there’s a special validated parking that can be negotiated in the package as a few Sukasa Style foodies initially inclined to opt for a Queens Quay libation and bite after work, could be enticed to go further east. Toronto crawls from its slumber and continues to develop its Waterfront, and as it does Against The Grain is worth a second look.

Thanks to the delightful folks at Toronto Business Development Centre for putting together an inspiring Ignite event with Suhana Meharchand from CBC. And, a warm shout out to Tom, Leslie and Mavelle for making this a fabulous #SukasaStyle experience.