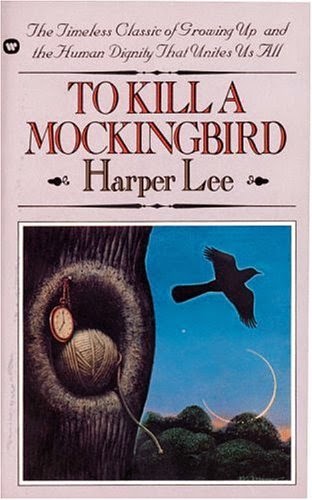 Today is the 88th birthday of Harper Lee, the legendary author who wrote one of the most influential works in American literature. To Kill A Mockingbird won the Pulitzer Prize in 1961, and it is only recently that the author announced in a rare public statement through her publisher that, while she's a fan of paper books and libraries, she believes the Mockingbird e-book will appeal to a "new generation."

And so, To Kill A Mockingbird will be available for the tech-savvy reader starting in July.

But, author Paul Acampora has also attempted to bring this novel to the next generation by writing a middle-grade novel that draws from our love of Harper Lee’s novel.

His book is called I Kill The Mockingbird. You can read the full review at sukasareads.com.

Harper Lee had a few memorable quotes that will continue to inspire a new generation of readers.

“Any writer worth his salt writes to please himself … It’s a self-exploratory operation that is endless. An exorcism of not necessarily his demon, but of his divine discontent.”

"You never really understand a person until you consider things from his point of view--until you climb inside of his skin and walk around in it."

"Things are always better in the morning."

"Things are never as bad as they seem."


"The one thing that doesn't abide by majority rule is a person's conscience."


"People generally see what they look for, and hear what they listen for."

"Real courage is when you know you're licked before you begin, but you begin anyway and see it through no matter what."

Thank you Harper Lee. Happy 88th Birthday to you!