In Conversation with Emma Healey, author of Elizabeth Is Missing

Mirror, mirror on the wall. Who's the bravest of them all. 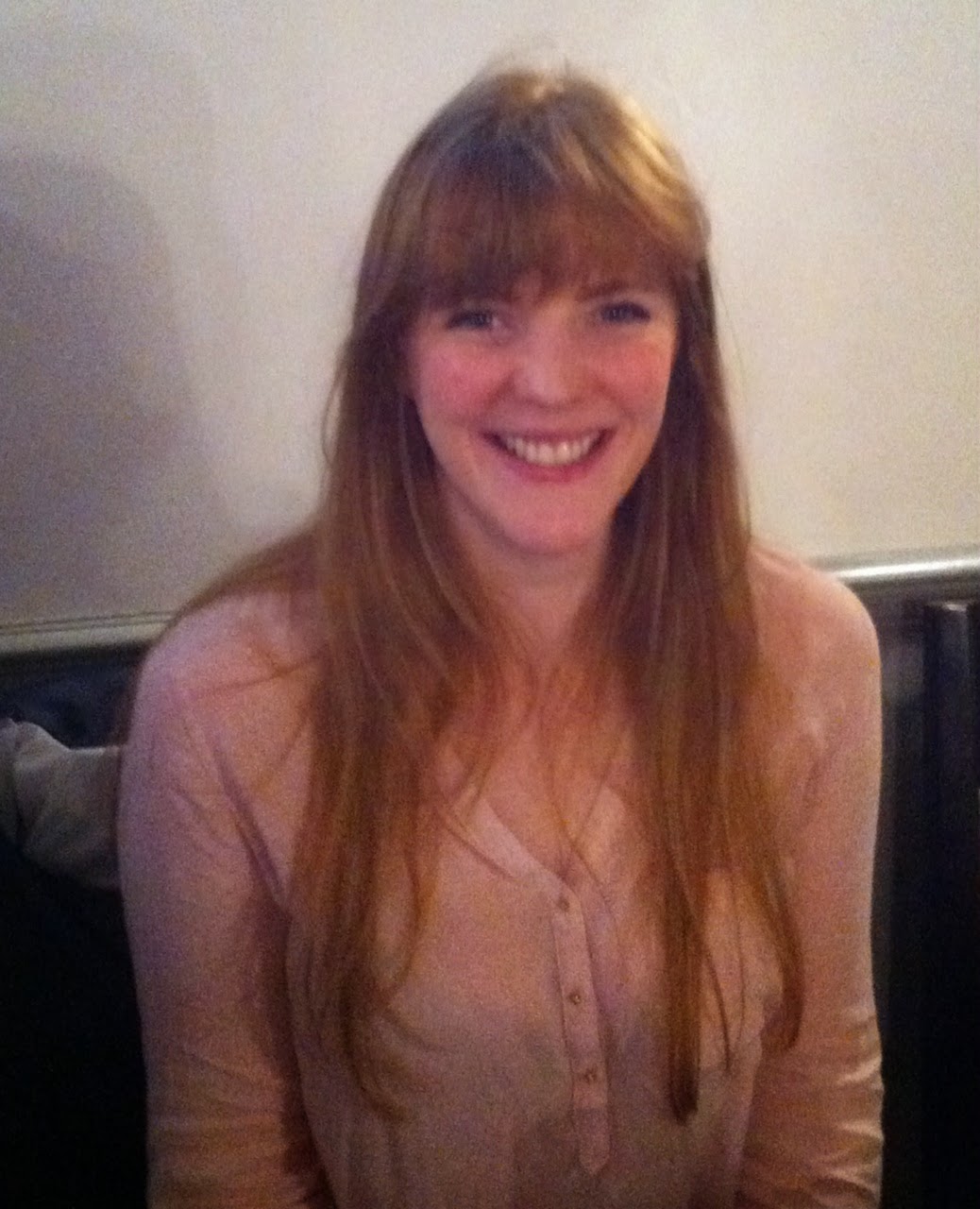 Thanks to Random House Canada, I had a chance to have lunch with this amazing author from the UK, and talk about well just about everything from pronunciations to books. I say po-Tay-to you say po-Tah-to.

Whatever our differences, there are many more similarities. Emma Healey portrays the perfect balance of wit and humility, and for someone so young, everyone is curious about an author who has written a gripping and insightful book that will keep you riveted from the first page to the last. 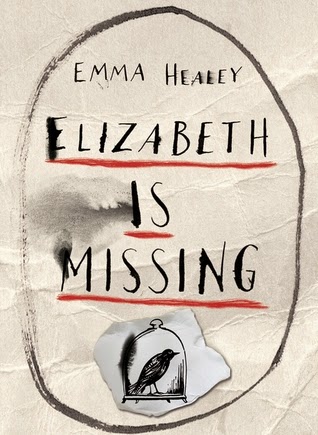 Where did the idea from Maud come from?
The initial idea for the book came from my grandmother (Nancy), who has multi-infarct dementia. One day seven years ago she told me and my dad that her friend was missing. It didn’t take very long to discover the solution (the woman staying with her daughter in another town), but the idea of it stuck in my mind. What if the friend really had been missing? Or if Nancy’s dementia had been more severe, and she hadn't been able to hold onto the answer? The episode brought her situation into sharper focus for me, and as her dementia got worse I began to wonder what that was like from the inside.

Your novel is published in over 20 languages. What is your favourite cover for it?
I love them all because they are so different! I do love the UK/Canada/Germany one though, as it was the first cover I saw and I think it is totally perfect for the story.

Are there misconceptions that people have about your book?  If so, explain.
Several people have thought the book is set in London, which it isn't. I think that’s a lot to do with the 1946 aspect of the plot and the reference to bombings – the bomb sites in London are common knowledge, but fewer people seem to realize how much of Britain was left with decimated streets after WWII. I actually thought of the setting as the South Coast of England (hence the pier and beach).

In what way do you think your book highlights the human condition today. What do you want people to take away from your book?
The most obvious way is in the attitude towards and treatment of older people and those living with dementia in our society and I hope the book gives some insight into what they might be going through and perhaps makes people a little more patient and understanding. I also hope that the difficulties and the heroism of carers are highlighted by the book.

What are your favourite books?
This list could go on for a long time, but I thought I’d keep it to five books.

I Capture the Castle by Dodie Smith. There are two styles of writer in the book – the protagonist, Cassandra Mortmain, who writes while ‘sitting in the kitchen sink’, and her father, the tortured genius who hides himself away in the castle gatehouse. It made me want to be a writer myself and I thought I’d be happy being either style.

The Greengage Summer by Rumer Godden. It’s really wonderful, vivid and funny. The children are brilliantly drawn without sentimentality, the plot is exciting but never takes over, and the structure is quietly innovative. The protagonist and narrator, Cecil Grey, is exactly the confused jumble of awkward/ passionate/ romantic/ practical/ knowing/ innocent that I was as an adolescent. I just wish I’d had a summer in a French hotel with an international criminal.

Excellent Women by Barbara Pym. It says so much about the position of certain kinds of women in church communities, it promotes a gentle form of feminism and is also very funny. There are some wonderful characters too: Anglo-Catholic priests and anthropologists, a sexy officer just back from the second world war and an elderly woman who insists on having chicken for dinner because she hates birds and believes in ‘eating your enemies’.

Northanger Abbey by Jane Austen. When I was 15 I loved the eighteenth century gothic romances which this book is sending up, and it’s very clever in the way it treads a similar path to Don Quixote, but without becoming farce in the same way. I also think the meeting between Tilney and Catherine is one of the most exhilarating and witty moments in literature – and a master class in dialogue.

Notes on a Scandal by Zoë Heller. This is a brilliantly subtle book, one that explores loneliness above all (a theme which I think is increasingly important in our society). The narrator is sympathetic despite being inherently untrustworthy, the plot unfolds beautifully, and the way the story is told matches the story itself perfectly.

What are you currently reading?
I have just this evening finished After Me Comes the Flood by Sarah Perry. It’s another debut novel – published in the UK this June – and it’s beautifully written, very atmospheric, and like a modern Shirley Jackson novel.

THE PROCESS (Getting down to the nitty gritty)

Do you have advice to other authors on marketing their books?
The only advice I have is the advice one of my tutors on the MA gave us, which was that if you’re lucky enough to get a book published do as much publicity as you can, even if it is out of your comfort zone.

How did you get your book in front of a publisher?
At the end of my MA year at University of East Anglia my dissertation was sent off, with several of my classmates’, to a literary agency for a competition. I didn’t win that competition (one of my friends very deservedly did) but one of the agents judging the prize got in touch to say she had liked what she’d read and wanted to read the whole book when it was finished. About a year later I sent it off and she signed me. I made a few more changes based on her feedback and a few months later she sold the book. In fact Canada was the first territory to buy it!

What did you enjoy most about writing this book
Writing from the point of view of Maud was incredibly freeing. Knowing that people couldn't assume I was writing autobiography I felt I could make observations and have the protagonist express opinions without shyness.

LIFE
How do you relax?
Planning my garden. I love to look through plant catalogues and garden manuals and write lists of flowers I want and when I should sow the seeds or cut them back.
What is your favourite motivational phrase.
I don’t think I have one. ‘Just do five minutes of work and then you can have a cup of tea’ perhaps.
What is your favourite positive saying?
See above!
What is your favourite film and why?
Labyrinth. It’s just one of those perfect films for a rainy afternoon.

What advice would you give to your younger self?
Everyone finds their thing in their own time and don’t panic if you don’t know what yours is yet.
Which famous person, living or dead would you like to meet and why?
I can’t think of anyone. And I’d really rather not meet anyone I admire. I feel like no matter who I chose I’d be disappointed if I actually met them.
Is there anything else you would like to add that I haven’t included?
Can’t think of anything.

What is the easiest thing about writing?
There’s no physical prowess required (except a strong wrist perhaps).
Do you ever get writer’s Block?
Yes. I always thought it was a myth until I started to try and work on my second novel. I could write random scenes about anything, but I couldn't find an idea that really grabbed me for about six months after I finished Elizabeth is Missing.
Do you have a special time to write or how is your day structured?
I’ve tried to be a morning writer as so many people advocate that, but I just can’t do it! So I tend to potter about and catch up with admin in the morning and then begin ‘proper’ writing in the afternoon, but I especially like to write in the evening 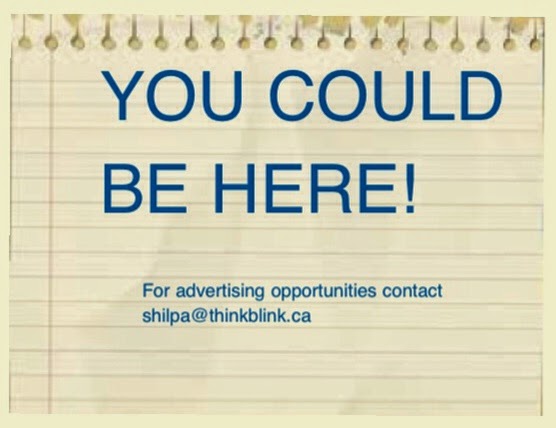 Do you write every day, 5 days a week or as and when?
I write when I’m inspired, but I keep a strict plan of what I’ve written and what I need to write so that I’m always working steadily towards my goal when I do sit down at my desk.
Do you aim for a set amount of words/pages per day?
Not usually. I find that kind of goal saps all the energy from my work and I only end up scrapping whatever I’ve written anyway. I do try to finish a scene if I started it though, so that I can edit it the next day.
Do you write on a typewriter, computer, dictate or longhand?
I make a lot of notes, and sometimes write whole scenes, in notebooks and then transfer those into Word, and then I often print scenes or chapters out and use a pen on them again. Eventually though most of the editing is done on computer.
Where do the your ideas come from?
Who knows? A collection of things that people say, that I witness, that I read about, lots of free association and letting my mind wander.
Who are some of your favorite authors that you feel were influential in your work?  What impact have they had on your writing?
Penelope Fitzgerald is a huge influence. She never fails to surprise, her language is clever and elegant, her settings are unusual, her characters are unpredictable and I am always caught out by a line or moment which makes me either feel terribly sad or laugh out loud. I think that ability to catch your reader off guard is something I want to do every now and then in my work. I’m also interested in the way she makes domestic settings seem unfamiliar or even dangerous.

I was also pretty obsessed with Ann Radcliffe’s books when I was a teenager, she was writing at the end of the eighteenth century and her books brilliantly use uncanny, seemingly supernatural, elements that are then cleverly explained later. I think they really influenced my interest in a certain kind of mystery story.

Can you tell us a bit about your next project?
I am hoping to explore the relationship between mothers and daughters, as I enjoyed that aspect of Elizabeth is Missing. I also want to look at memory again, but this time collective memory and false memory, for instance those events that you mistakenly think you have lived through because you’ve heard the story of them so many times. I’m still interested in mystery and I would like to structure the book with the use of train journeys. It all sounds like a bit of a mish-mash at the moment, and I may change my mind entirely, but that’s what I’m looking at currently anyway.

Where would you like to see yourself in 30 years?
I’d hope to still be writing novels and to have improved my understanding of both short stories and poetry. I hope I will always be learning something new about writing and improving my craft.