Sake: The Soul of Japan 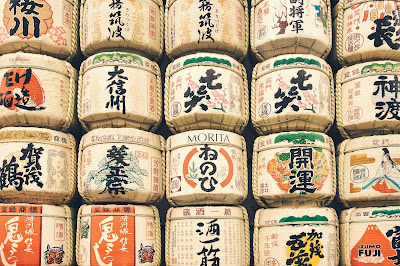 There is so much I don't know about Japanese drinks. Occasionally, I indulge in some sake at my favourite Japanese restaurant with some fabulous sushi and sashimi, sometimes hot and sometimes chilled. Hardly does my mind consider picking up shochu or umeshu for dinner, to have with that rib-eye steak freshly cut from the butcher. Pairings of Japanese drinks with other Western dishes, is not something that a sommelier would normally suggest. 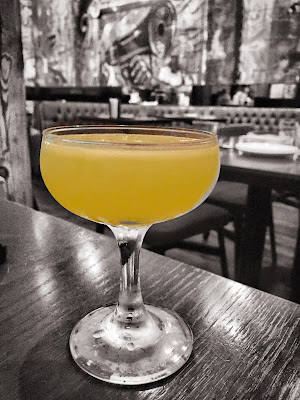 With the melding of the world, you don't have to go to Japan to enjoy Japan's incredible drinking culture. Some of the finest Japanese sake, whisky, beer, umeshu, plum liqueur, shochu and awamori can be enjoyed wherever you live.

A "SIT-DOWN SAKE-SHOP": THE IZAKAYA
It might be easier to characterize the izakaya as a "gastropub" or perhaps a "Japanese tapas bar"; that is, a place to share some dishes while enjoying drinks with friends. However the name literally means "sit-sake-shop." Prior to this innovation, Japanese would visit their favourite sake maker, refill their storage pot with their favourite brew, and return home to enjoy the drink. Someone, somewhere, decided to start serving food at their sake shop and invited customers to drink on premises. 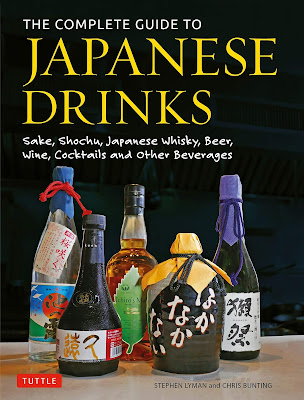 
Chris Bunting the author of the widely acclaimed Drinking Japan, wrote the book on the premise that Japan is the best place to drink alcohol in the world. In Japanese Drinks he retracts this notion, and suggests that Japan's drinking culture can be enjoyed anywhere in the world. Bunting has collaborated with Stephen Lyman, a New Yorker who's recognized as the foremost Western expert on traditional Japanese shochu and Okinawan awamori. For anyone who's both a Japanese culture history buff and a lover of Japanese drinks, The Complete Guide to Japanese Drinks is indispensable. It covers each of the traditional Japanese drinks in detail, right down to the history and production methods.

MAKE WAY FOR THE WINE LOVERS
While Japanase wine is not widely known in Western cultures, the country's history of making wine may stretch back as far as 5,000 years. I won't get into the detailed history of how it disappeared from Japanese historical records until the late 1500s and early 1600s. "The Japanese palate has expanded massively in the postwar period and the country is now consuming wines in a range of styles that the prewar winemakers would never have dreamed of. A key early development came in 1949, with the launch of Mercian wine brand. It used grapes from Yamanashi cultivated on the traditional tanajitate vine canopies, but aimed for a style much closer to conventional European wine."

And we can't end this post without a cocktail recipe, from the famous Kenta Goto, owner of Bar Goto on the Lower East Side, that's featured in the book. It's a martini recipe, because after all, who doesn't love a good martini? Japanese-inspired cocktails blended with New York ingenuity has transformed the bartending scene worldwide.

Combine all ingredients in a mixing glass. Stir with ice. Strain into a martini glass and garnish with cherry blossom.