A Hidden Gem From Naoussa Off The Beaten Track

For this week’s wine Wednesday pick we at Sukasa Style are going off the beaten track of the world of wine and venturing to a place that most will not heard of: Naoussa in Macedonia (Greece).

This post dovetails on a recent Globe and Mail article by John Lee on “Thirteen of the world’s best wine regions you probably know nothing about” yet the wine in question, Grande Reserve Naoussa (2007 Vintage) hails from the Naoussa region – which wasn’t mentioned in Lee’s piece.

Made from 100% Xinomavro, this full bodied and firm red has what appears to be a fruit forward character but is balanced with tannins and is memorable for its long finish. This hidden gem was tasted by a Sukasa Style reviewer at ’s Four Seasons Café Boulud on the recommendation of the resident sommelier, Drew Walker.

The Boutari company suggests pairing with game, red meats and spicy cheeses and serving at 16-18 oC and the wine is good to cellar till 2019 or drink now with decanting. 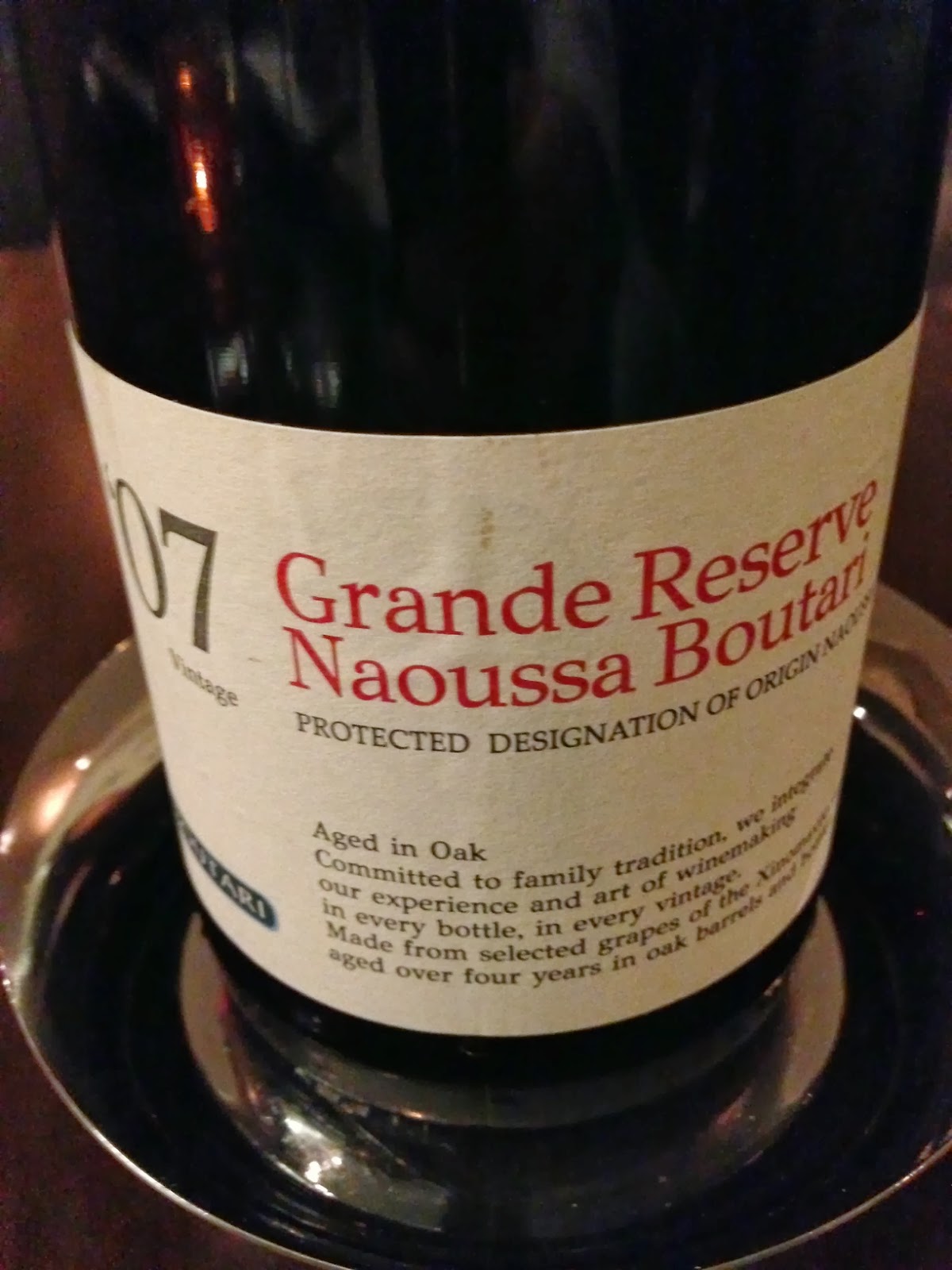 The wine was released by the LCBO in February 2013 so the inventory at LCBO stores is low but at $16.95 and 12.5% alcohol by volume it clocks in with a very good Sukasa Star rating of 4.5/5 and scores “Excellent” on the Quality–Price Ratio.

Also in the Boutari family is the Boutari Naoussa 2008. The more recent vintage is the bargain priced option (costing $12.95) and weighing in at 13.5% alcohol/volume and given its August release date in its inventory position is still fairly high outside of the GTA. This has not been tasted by anyone here but here is Mark Squire’s tasting note to whet your appetite:

The 2008 Naoussa, that is, a Xinomavro, is the latest iteration of a well priced bottling that I have come to rely upon as one of the better red values in Greece, often available on the street for well under its list price. This year seems like an exceptional vintage for this bottling, which makes it one of the better values recently. Its hallmark is always refinement and balance. It is never a rustic Xinomavro, but at the same time it still preserves its essence and characteristics and expresses its terroir well as time goes on. Caressing in texture, yet increasingly powerful as it fleshes out in the glass to show good depth, it lingers on the palate and grips it. When the baby fat goes, which I began to see with extended aeration, it will show increasing transparency and character, becoming earthier and purer, more complex and transparent and become interesting as well as tasty. It shows the ability to change into something more with age and it should age gracefully. It drank beautifully the next day, showing that promised purity and transparency, seeming clean and unadorned. If you like Xinomavro -- or Barbaresco -- this is a fine overachiever that I liked more and more as it aired out. It is well worth seeking out. While approachable with some air, it is pretty tight. Drink 2013-2025. Score - 91. (Mark Squires, erobertparker.com, Feb. 2012)