The Lost Art of Entertaining

Afternoon tea with Charles The Butler

I was fortunate to meet Charles MacPherson one afternoon at the famed Butler School in Toronto. Despite his busy schedule, the jolly, kind-hearted expert on etiquette (fondly referred by Marilyn Denis as Charles The Butler), took a moment for SukasaStyle. I thought you’d enjoy reading most of the interview in Charles MacPherson’s own delightful words. 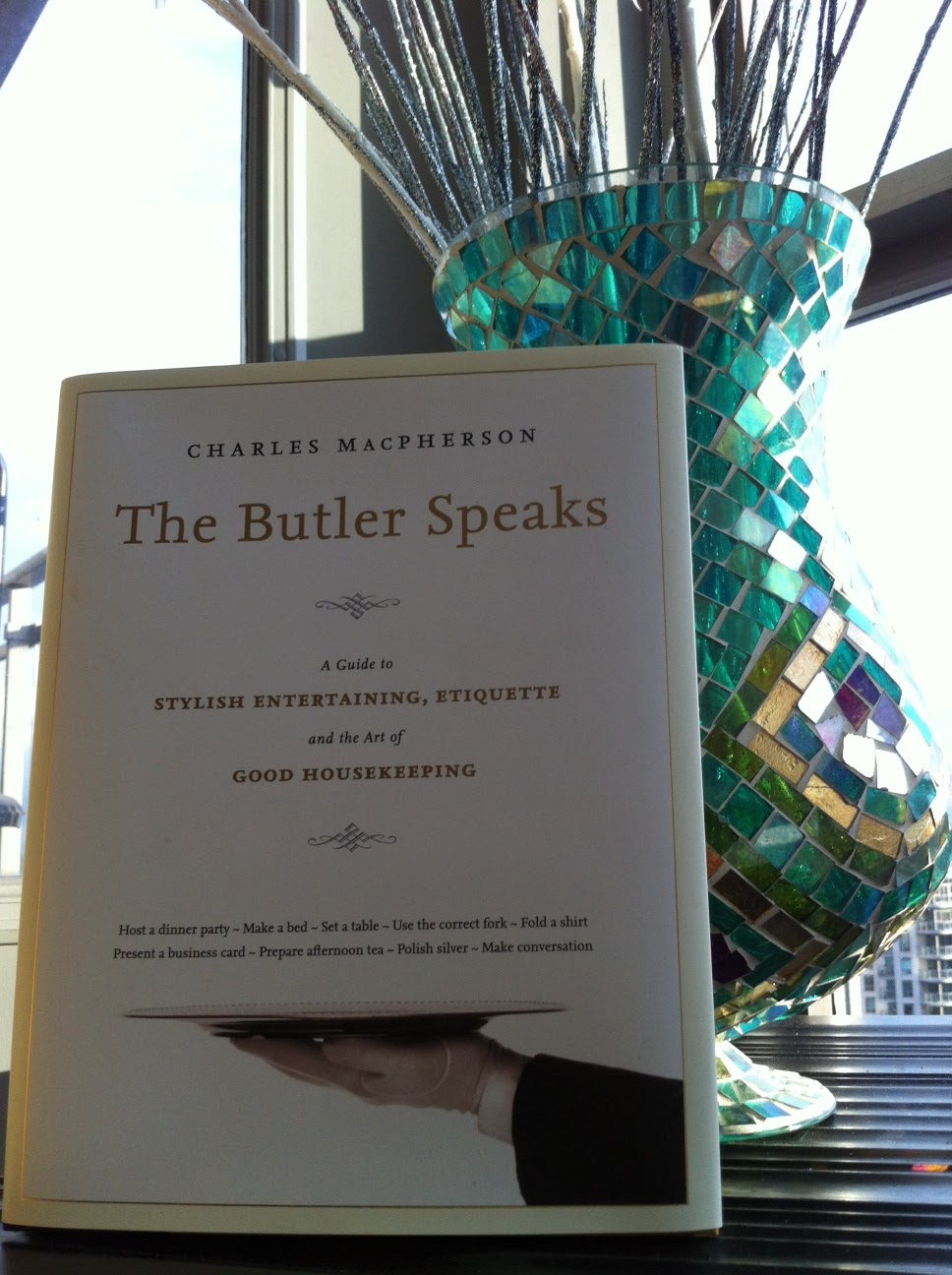 How has the concept of etiquette changed over the years?
I think the world is confused right now. I think the world is trying … etiquette evolves/changes as society changes.  Although there is always the basis of being gracious and kind and respectful to others no matter what. Society is trying to figure out the new technologies of the world and how that fits into our lives.

How does it work with technology?
There’s no excuse to have technology at the dinner table. Unless you are a surgeon about to be called into surgery to save someone’s life, there is no reason why anyone can justify to me why you are so important you need to have your phone at the table. Even the president of the United States who is the most important man in the world doesn’t keep his phone on the table. Someone will come get him if there’s a crisis going on.

Just because you have your cell phone on, doesn’t mean you have to answer it. There’s nothing wrong with that.

Tell me about a project or accomplishment that you consider to be the most significant in your career.
My nickname came from a TV show, Charles in Charge. I thought it was a term with affection, with love and with respect

Who is your role model, and why?
With the fear of sounding corny, my role model would be The Queen of England. She’s dedicated to her job, she’s gracious, tireless and always working for her country. It has nothing to being a monarchist. Whether you agree or disagree with being a monarch, that’s a separate conversation. But just being able to admire her devotion and how she works and has given her life to the country, I think is very admirable.

Was working hard part of upbringing you had?
It’s instilled into you by your parents/grandparents when you are young. It’s not something you are born with…it has to be instilled in us.

What's your superpower / spirit animal?
I am very aware of what I believe is karma. A spirit of doing good for others and doing good for yourself. I have a connection for belief of karma.
….It’s  something I’ve always had. 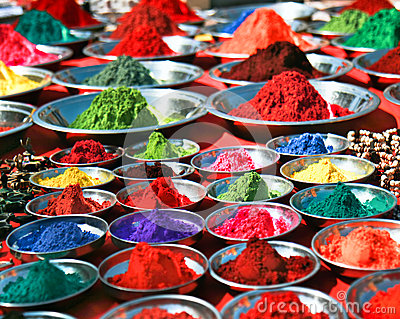 The conversation takes a detour as we discuss India....
I went to India 5 years ago to work at the Taj Hotels, it changed my life. I know people who go to India and it’s such an altering experience because as my friend mentioned is because of the vivid colour of the nation. But I was humbled and reborn – being in a society of people that were so kind and gracious, and that was just the way the society is. Yes you can find negatives and positives in most societies, but I just felt so genuinely welcomed and received there that I left a different person…I think I left a happier person, and more at peace.

For what appears to sometimes visually as a poor nation, it’s not a poor nation. It’s a rich nation of intelligent people who are thirsty to learn and who want to give.

It’s not for everybody, you have to be able to deal with the differences in culture and financial resources and understand how some people have lots of money and some people don’t have any money, but somehow it all works.

What’s your favourite holiday spot?
Hard to say my fave spot because there are so many. But there are places where I am most comfortable. I find that when I’m in New York and London, England, I feel most at peace. Why, I do not know. Makes no sense to me. I’ve lived in New York for nine years and it was the best nine years of my life. And when I’m in London, although I’ve never lived in London, I always feel happy and lucky in London.

Do you have a fave food style?
My fave food style is peasant food, because I find peasant food is the most comfortable to eat and the most flavourful, and the most relaxing. Food that’s too fluffy and over man-handled and produced, I don’t find it very exciting…I always find that I’m hungry afterwards and I hate that feeling. So, I like foods to be cleaner to be simpler, I don’t like a lot of heavy things in them, and I like just to be able to enjoy whatever it is. So one of my fave authors who does that kind of cuisine is Donna Hay from Australia. It’s very clean. The other person who I love is Delia Smith from the U.K.
I love Donna Hay because she focuses on the 5-6 main ingredients and Delia Smith does the classic British country cuisine. I love cooking. But I only cook when I’m in the country.

I’m busy. Which is why when I go to New York, I can go to my hotel and do nothing. And stay inside my hotel room, watch television, make a pot of tea with some toast, and just sit quietly and be happy. I don’t need to be on a tour bus or run around the city, although my fave movie of all time is If it’s Tuesday it must be Belgium. 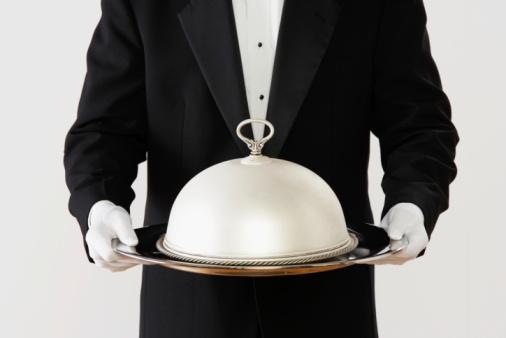 If you were stranded on a desert island, what 3 items would you take with you?

1. A bottle of my Hermes cologne.

2. Christofle silverwear - a box, or just a few pieces to eat properly.


Do you do any fictional reading?
No. I love to read biographies, and I’m fascinated by reading letters. Queen Elizabeth – the Queen Mother – her private letters that was published recenty.

The Butler School – Was it always something that you wanted to start up? How did you make the dream a reality?
There was a need. There was no school in North America. Just foolishly jumped into it.

What are the top core principles of entertaining?

Make sure everyone has...

As long as they have those two things they are calm and relaxed – they’re having a good time. Flowers, food and décor are all nice, but at the end of the day that’s not the focal point. People aren’t coming to your house to eat, they are coming to socialize.

What is your fave music to play in the background while entertaining?
Nothing louder than Jazz or tap. It should be soft at the best of times.

What’s a great hostess gift?
Something that you send ahead of time saying “looking forward to a wonderful evening”. And it doesn’t matter whether it’s flowers or wine, or food or champagne….Anything is a great hostess gift when you give it ahead of time. I can’t stand the element of surprise when you’ve got your evening planned and someone walks in with a bunch of flowers.

Charles has consulted with both Residential Clients and Hospitality clients in Canada, the USA, UK, Europe, South Africa and China in the areas of staffing, training, planning and managing and is recognized as a world authority in the Household Management and Butler fields respectively. In the past six months alone, Charles has completed assignments at some of the leading hotel properties in China, India and France. Charles has personally written the department standards and was the lead team trainer for Queen Mary 2 and Fouquette's Barrière Hôtel along with being the lead trainer for the butler department of the Four Seasons Hotel in Shanghai, China. Charles heads the Hospitality Advisory & Consulting practice at CMA.

In addition to his other full time duties at Charles MacPherson Associates Inc., Charles released his first book THE BUTLER SPEAKS published by Random House and is currently on the national best seller list for Non-fiction in Canada.